We care for others in our communities... our employees volunteer an average of over one week per year in community service, and First Northern Bank has donated over $2 million to our communities over the past 11 years. 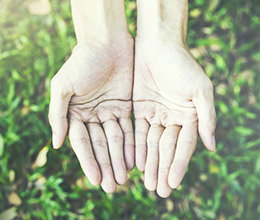 Since the rolling blackouts during the summer of 2001, First Northern Bank has made it a priority to do its part to adopt green initiatives to help preserve our earth’s natural resources.

Did you know that…

The solar systems are fully operational on four sites; two in Dixon, one in Winters and one in West Sacramento. A total of 1,675 photovoltaic panels totaling 26,767 square feet (that’s more than a half acre!), will produce enough electricity to reduce the Bank’s electric bills for the four buildings by 60% annually.

Other Green Initiatives in Place at First Northern Bank include:

For every friend who opens an account with us, you’ll receive a $10 Amazon Gift Card.

Give Us Your Feedback

We welcome your feedback as we strive to provide an exceptional experience.

Access any of our 32,000 surcharge-free ATMs across the nation through the MoneyPass® network.