We've stood the test of time – First Northern has operated safely with the same ownership throughout two World Wars, the Great Depression and 20 recessions. Today we're STRONGER than ever! 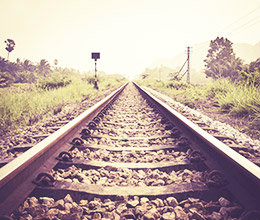 Back in 1910, a group of Dixon folks believed they weren't getting the kind of banking services they needed and decided to do something about it. In the spirit of the independent, do-it-yourself tradition of their farming community, these men and women organized their state-chartered savings bank, Northern Solano Bank.

The bank was to be backed with all local capital and no outside investment or affiliation. Those present elected a board of directors and appointed a committee to go to San Francisco to obtain a safe and other necessary supplies. Just twelve days after the organizational meeting, Northern Solano Bank opened for business in a remodeled former ice cream parlor with a staff of two.

The following year, the bank had purchased "the Old Corner" property at North First and B Streets after heated bidding against the Bank of Dixon. A portion of the structure was torn down and replaced by a new bank building. Northern Solano Bank moved from the former ice cream parlor into the new banking quarters in May of 1911, sharing space with a haberdashery, a harness maker, cigar maker, the Wells Fargo Express Company, and Pacific Telephone.

For the next 43 years, the Northern Solano Savings Bank, a savings bank and the First National Bank of Dixon, a commercial bank, operated under the same roof with the same shareholders, management, and board of directors. In an effort to increase efficiency of operation, reduce operating expenses, and improve lending capacity, the two banks were consolidated and became the First National Bank of Dixon.

The bank continued to grow and evolve from a small farm bank to a full service financial institution addressing the needs of the area's growing population. By 1962, deposits had increased to $7,700,000. In June 1963, the bank moved into the new state-of-the-art banking facility in which it remains to this day.

On January 1, 1980, in order to reduce Federal Reserve requirements and operate with higher lending limits, the Federal Charter was relinquished in favor of a State Charter, and the Bank's name was changed to First Northern Bank of Dixon. As with the earlier consolidation, only the name changed. Management, directors, and shareholders remained the same.

Today more than ever, people are seeking peace of mind and trust, particularly when it comes to their financial institution. For over 100 years, First Northern Bank has been a pillar of strength in the communities we serve. Since our inception, we have successfully navigated all 12 of our nation's documented economic recessions, as well as The Great Depression. We believe it's this experience that differentiates First Northern Bank from so many banks, credit unions, and brokerage houses.

First Northern continues to thrive as one of the oldest independent community banks in the greater Sacramento region. Our goals and objectives are not driven by Wall Street. We focus on the local economy rather than reaching into unfamiliar markets. Our First Northern offices consist of 14 full service branches throughout Solano, Yolo, Sacramento, Glenn, Colusa, and Placer counties, a Mortgage Loan office, two Investment & Brokerage Services offices, and a Commercial Loan Office in Contra Costa County.

Our Bank's Core Values are paramount in every decision we make:

Our unwavering commitment to these Values has helped fuel our history of continuous growth and expansion of our services and market areas. We are proud of our past and we are excited about our future.

Other key factors that differentiate First Northern Bank include:

First Northern Bank is proud to be a well-capitalized, well-managed financial institution that continues to grow and provide safe and secure banking for our customers. During these challenging economic times, the Bank has never wavered from its adherence to the core principles that have guided its growth and sustained its strength in the marketplace for over 100 years. We remain focused on: strong liquidity, disciplined underwriting standards, a consistent and conservative credit philosophy, having knowledgeable and experienced staff, and delivering superior customer service.

We are steadfastly committed to our role in the community--we look forward to continuing our 105-year tradition of forging long-lasting relationships and providing honest guidance and financial services to area businesses and residents.

For every friend who opens an account with us, you’ll receive a $10 Amazon Gift Card.

Give Us Your Feedback

We welcome your feedback as we strive to provide an exceptional experience.

Access any of our 32,000 surcharge-free ATMs across the nation through the MoneyPass® network.